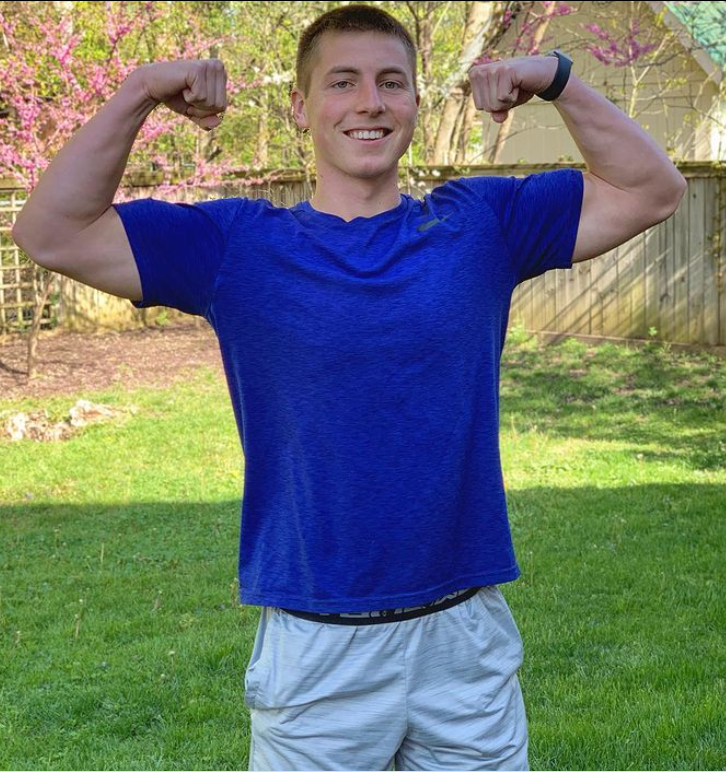 Jackson Adamowicz is on a journey. He is training for his first half Ironman challenge and hoping to raise awareness and funds for Muncie Habitat for Humanity along the way.

As a means of training, Jackson announced on TikTok, his intention to run, swim, and bike 4,116 miles in just 365 days. This is the equivalent of traveling from his hometown of Muncie, Indiana to Paris, France. His announcement was shared widely on social media reaching over 300,000 people.

As an extra challenge within a challenge, Jackson signed up to complete a 4X4X48 challenge. This challenge was popularized by American fitness guru and navy seal David Goggins (www.davidgoggins.com). This challenge involves running 4 miles, every 4 hours, for 48 hours straight.

“I was excited and surprised by the responses on TikTok. This attention made me think that perhaps I could use this platform to raise some money for Habitat for Humanity,” Jackson shared.

Jackson, a sophomore at Purdue University, is studying kinesiology with a concentration in clinical exercise physiology. “My goal is to become a physical therapist. I am fascinated with all things fitness and health. Last year, I ran my first half marathon and first full marathon. This year, I am training for my first half-Ironman that I will run in October in Muncie,” said Jackson.

Jackson, although he’s only 20, has been supporting Muncie Habitat as a donor for many years. The Adamowicz family began involving their kids in Muncie Habitat for Humanity early in life. Jason and Karynn made a choice to bring their middle school children, Jackson and Emily, to the Dream Builders Society breakfast, and encouraged them to give financially. “I have been involved with Habitat for Humanity for a while now, and I have always wanted to be able to give back more,” Jackson shared.

Jackson will live-stream the entirety of the challenge on TikTok, March 5-7, 2021 to help inspire his followers, and to raise funds for Muncie Habitat for Humanity.

You can be part of Jackson’s journey by following him on TikTok @JacksonRyanFitness or on Muncie Habitat’s Facebook page at facebook/MuncieHabitatForHumanity.

You can financially contribute in honor of Jackson as well at munciehabitat.org/jacksonruns.

Each gift received in honor of #ServingBoldlywithJackson will go towards Muncie Habitat’s Mission of seeking to put God’s love into action, by bringing people together to build homes, communities and hope.

Fill out my online form.