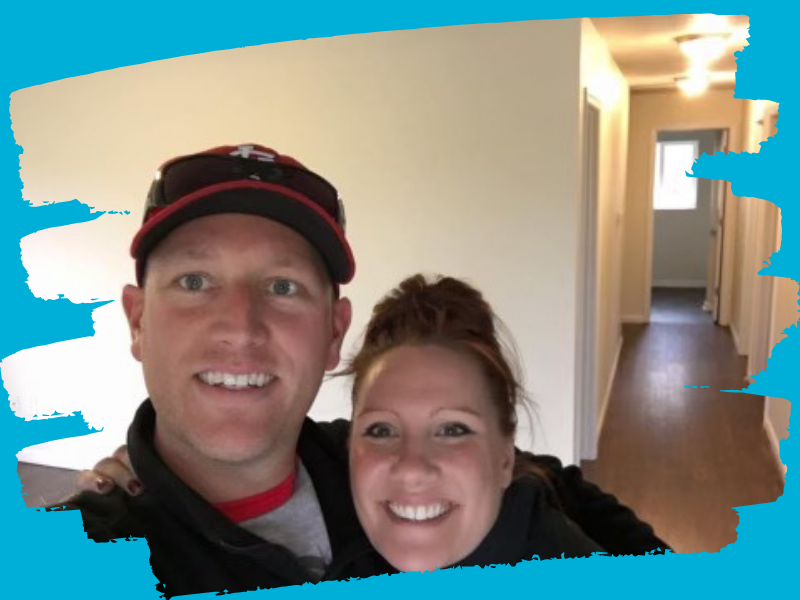 Sometimes love can happen when we are least expecting it. Jason was working with Muncie Habitat for Humanity when he first met the woman he would marry. “I was the Construction Manager at Muncie Habitat and at the time I was overseeing the field operations,” explained Jason. “My now wife, Stephanie, had signed up to volunteer.” 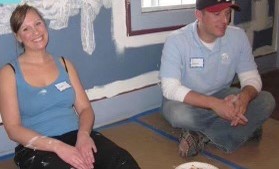 Jason & Steph having lunch at the first Habitat work site.

Muncie Habitat build sites accept both group and individual person volunteers, but not very often did a woman join in on a site by herself. “I was working alongside another staff member and we were talking and setting up for the build day,” Jason said. “Our first volunteer, which was Steph, was a half hour early. Once we got everyone started on their projects for the day, I liked going around and chatting with the volunteers.  I went around and talked to everyone and then started talking with Steph a little more. She told me how she worked at Ball Hospital and drove in from out of town to volunteer that day. She explained that she was thinking about going on a Global Village trip, where volunteers go abroad with Habitat International, but first she was looking for an opportunity to get involved in the local community. I thought that was really great.” 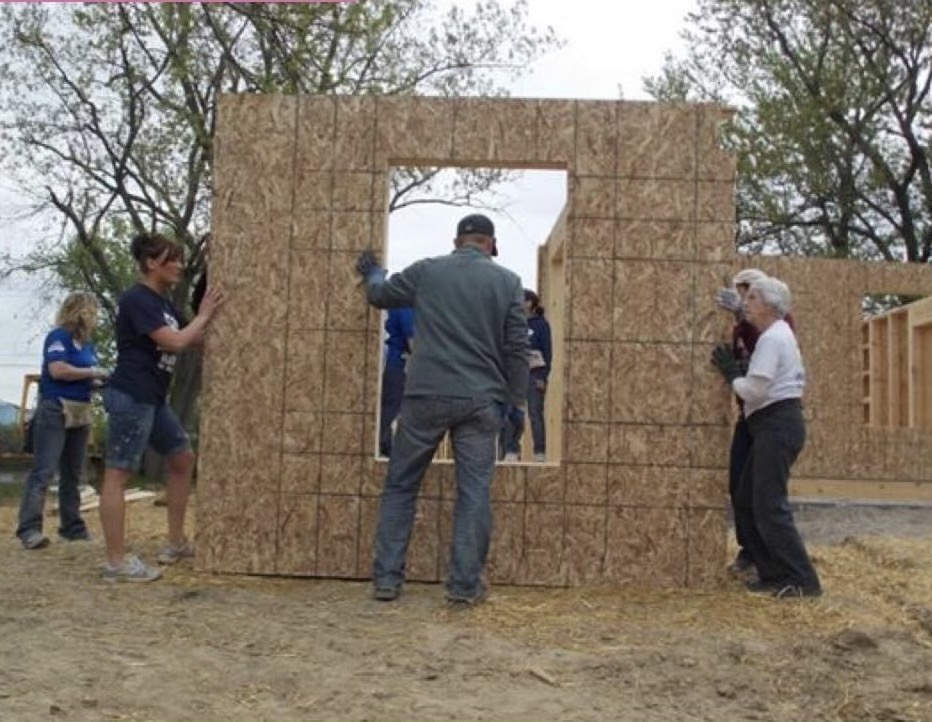 The couple continued volunteering together in Muncie and Hamilton Co.

Little did either one of them know that their paths would cross again after that day. “A couple months go by and we were doing a Panel Build at the hospital,” Jason explained. “These are huge builds with lots of moving parts. There were about 200 volunteers from the hospital that day and I never would have guessed it, but I ran into her again! I think we were both nervous, but we had a great conversation. I made my way back to her station a few more times than I usually did with our volunteers. From there, we connected on Facebook and met up on our first date. It lasted about 8 hours, and everything took off from there.”

After all these years, they still connect over their mutual interest in serving others. “Steph volunteered a few more times with me in Muncie, and also in Hamilton Co. – we kept the tradition going,” Jason said. “Habitat played a big part in us finding each other. The dating scene is tough but if you do what you like to do you’ll come across people when you’re pursuing your passions.” 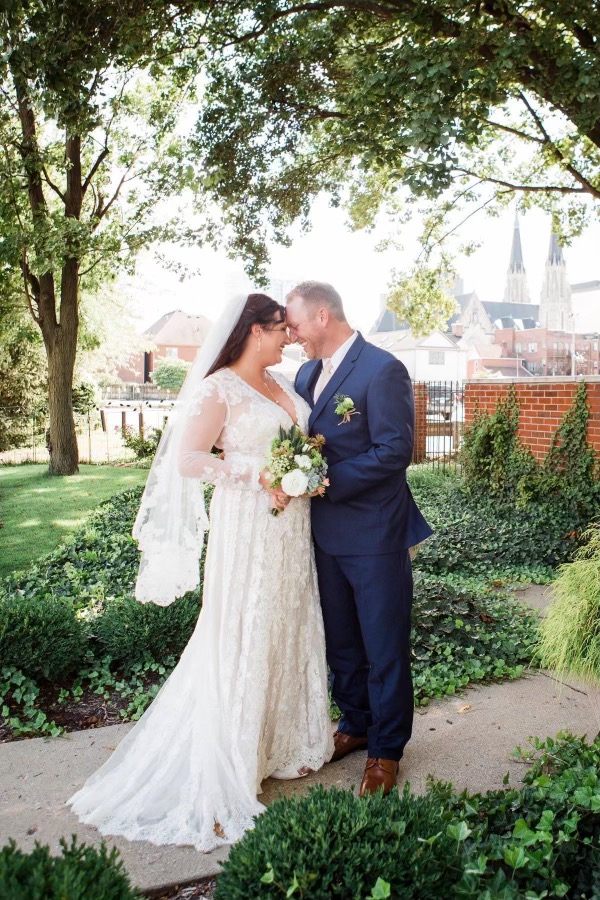 Thank you Jason and Steph for sharing your Habitat story with us and Happy Valentine’s Day!